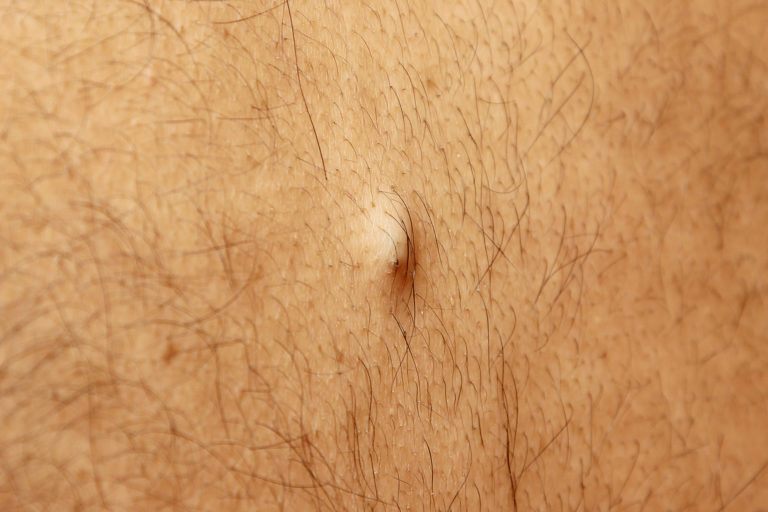 You’ve just noticed a bump forming under your skin. Worried thoughts may start affecting you…what the blazes is that? Is it a tumor? Is it one of those little alien things from the aptly named movie “Alien”? Obviously you should check with your doctor. However, it may turn out that it’s only a cyst…which is a lot less worrying. Less worrying, but you still need to get rid of them.

Cysts are abnormal growths enclosed in various tissues of our body and separate from surrounding tissue. They can be filled with all kinds of foul things like dead skin cells and hardened greasy skin oil—but they are just as often filled with keratin, air, or innocuous bodily fluids. What distinguishes cysts from abscesses is the presence of pus. A cyst can contain pus if infected but is quite different from something like an abscess or a boil.

Sebaceous cysts are fairly common and are caused by problems with sebum-producing glands around the hair follicles covering our bodies. There are a couple of other dermatological cysts that have similar treatments—all of which you will learn when you visit a doctor for an initial diagnosis. Other kinds of cysts, as explained below, have nothing to do with sebaceous cysts except that they share a name. This article doesn’t cover those treatments.

Best Ways to Get Rid of Cysts

Visit your doctor anytime an unusual growth pops up on your body. Many abnormal skin growths are similar in appearance and presentation. The test to determine the nature of a growth, whether benign or malignant, is something you can only have done through a medical professional. Even if you have had such growths before, a new batch could be a sign of something bad going on in your skin cells. It’s better to be safe than sorry. Even if the growth is benign, the doctor should have some advice as to a course of treatment. That’ll get rid of cysts for sure.

Most cysts will be fine if you leave them alone. In fact, messing around with them will probably make them worse. If the cyst is in a place where it can be easily irritated it might be a good idea to try to bandage it in a way that will protect it without squeezing it. If the cyst is in a place that is causing you some kind of stigmatizing embarrassment there is absolutely no reason for you not to get the cyst removed whenever you have the time or money to do so. Remember, the cyst probably isn’t your fault. There really isn’t anything you can do to prevent them completely.

Keeping your cyst and the area around it clean will help prevent complications. In the case of sebaceous cysts, the cyst forms in the area of the hair follicle where our skin’s natural lubricant sebum is produced. It is thought that if the sebum gland is plugged, damaged, or infected somehow, a cyst may form. It stands to reason that if we can do something to keep our follicular (hairy) areas clean and healthy the threat of cysts could be minimized. Practice good hygiene and don’t use products that add oil to your skin. Although cysts aren’t necessarily hygiene-related, they can be genetic in origin or a total mystery.

Sebaceous cysts can sometimes be reduced in size with heat treatment. Because the contents of some cysts are basically hardened body oils, some home treatments for minor cases include using heat to liquefy those oils to make it easier for our bodies to reabsorb them. Placing a heating pad (like this one from Sunbeam, sold at Amazon) or hot washrag gently against a cyst for fifteen to thirty minutes a day over the course of a week or two could have an effect on the size of your cyst. However, messing around with cysts could actually make them worse and even if it does shrink there is no guarantee (other than surgery) that it won’t return later.

See Your Doctor if the Cyst Gets Infected

If the cyst gets infected, bursts, or begins draining fluid, clean and bandage the area and visit your doctor. An infected cyst can be very painful and cumbersome and runs the risk of breaking open—thus spilling its contents for all the world to see. A draining cyst is going to be a real burden to anyone who has one. The stuff that comes out can be smelly and plentiful—not ideal for polite human interaction and not recommended for first dates or job interviews. Go to a doctor! They will be able to drain it properly and if it is too large, remove it entirely. They also have antibiotics at their disposal that can get rid of an infected cyst.

Ovarian cysts are very common and generally exist and disappear without anyone knowing about them. Occasionally (and as women get older) these cysts will grow larger than they should. In this case they can cause bleeding and painful cramps beyond the normal pains suffered by females. Problematic ovarian cysts are generally treated via surgical removal as they can be potentially cancerous.

Cystic acne, or Acne vulgaris, is a pretty awful thing. If you suffer from it, you might think my summation is a bit of an understatement. It differs from more common acne in its severity, depth of boils, and potential for scarring. This is probably why it is distinguished with the “cystic” title. Evidently those who name medical things don’t consider this kind of acne a cyst anymore as it contains pus instead of keratin.

Cysts located in socially awkward places (like your face or genitals) or cysts that become physically handicapping are all prime candidates for surgical removal. Any cyst can be treated by a doctor. If it is small enough, they will administer a local anesthetic, lance it, squeeze out all of the goop, clean it up, and send you on your way.

Larger cysts require slightly more drastic steps. They might be cut off entirely or cut open and scraped out. The area will be numbed with a local anesthetic and you will probably leave with a couple of stitches.

You shouldn’t try to lance or remove a cyst yourself. You are probably not a doctor and in all likelihood any at-home operations you perform will only make things worse—thus necessitating a trip to a doctor anyway.

Quite often a cyst will go away on its own if it isn’t infected and if you can keep from further irritating it. However, if it doesn’t, you should consider having it treated by a dermatologist. To properly treat sebaceous cysts, doctors generally poke a hole or make an incision in the cyst—both of which you probably aren’t qualified for.

It isn’t always the case, but a lot of cysts are caused by a lack of cleanliness that causes a buildup of dead skin, dirt, or hardened sebum in the sebaceous glands. It is especially crucial that you clean areas that are thickest with these glands and hair follicles (such as the face, head, chest, back, butt, and genitals).

A healthy body is less likely to fall victim to cysts. Eating a varied diet rich in antioxidants and low in fat will also help to prevent cyst formation and also help your body fight potential infections from cysts if they do form. Regular exercise and stress-relieving activities like hot baths, walks in the park, or yoga all benefit the health of your body and mind.