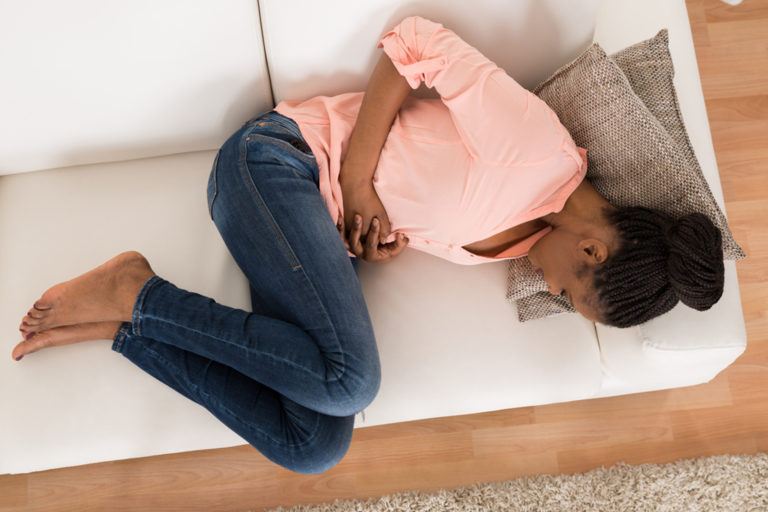 You have a stabbing burning pain in your stomach – but what could it be? There are so many ailments with that particular symptom, but your pain seems related to food and eating. It’s somewhat confusing, but ulcer pain and its timing are dependent upon where the ulcer has formed. If it’s in the stomach, the pain will be most severe when you are eating, when your stomach is actively secreting acid. If the ulcer is lower, in what is known as the duodenum, the pain might come before meal times, when you are hungry, or some time after you eat. Ulcers can lead to vomiting, loss of appetite, blood in the feces, heartburn and acid reflux, and potentially death. There are things we can do to get rid of ulcers, but your first step should be to talk to a doctor. Medical professionals will help you decide which of the following pieces of advice will really work.

It is estimated that 60–90% of all peptic ulcers are caused by a bacterium known as Helicobacter pylori. This bacteria is found in the gut of most people, but doesn’t become a problem in everyone. Certain people have a stronger inflammatory response to the bacteria boring into their stomach lining. Other people have stronger stomach acid, or a genetic problem with their mucosal stomach lining. All of these factors can play a role in allowing the bacteria to colonize in the stomach tissue, and therefore expose that tissue to the acid which creates the ulcer. And then the painful burning happens.

Best Ways to Get Rid of Ulcers through Medical Treatment

Talk to a doctor about getting rid of ulcers.

As stated above, ulcers can be potentially very dangerous if left untreated. It is pretty unusual that people die from stomach ulcers, but why would you want to prolong your pain any longer than necessary? A doctor will be able to run some tests, first to find out if you have a problem with Helicobacter pylori in your gut. This can be done via a breath test or stool samples. They might also choose to do a barium contrast x-ray of your abdomen or run a scope down your throat to take a look in person. Treatment of most common ulcers is fairly simple, which is why you shouldn’t wait another moment to make the appointment. Your doctor can fix you up in a jiffy.

The best way to get rid of ulcers is to take ulcer medications.

After you’ve visited a doctor and confirmed that you do have a stomach ulcer, they will likely prescribe you a basic combination of medications to treat the ulcer. It will probably include some kind of a bismuth compound to help reduce bacterial populations. Secondly, the treatment will involve an antacid or an acid blocker like a Proton Pump Inhibitor (PPI). Thirdly, they will prescribe a combination of antibiotics to reduce the population of Helicobacter pylori. Clarithromycin, amoxicillin, tetracycline, and metronidazole are very commonly used for this purpose, in varying combinations depending on the severity. If this combination of medication fails to treat the ulcer, it may require surgery to repair.

Non-steroidal, anti-inflammatory drugs can cause ulcers.

These kinds of drugs (aspirin, ibuprofen) are some of the most often used over-the-counters available. I use ibuprofen a couple times a month to treat an occasional headache, but I try not to use them very often because I know they can damage my gastrointestinal tract. I’m lucky, in that I don’t have any kind of persistent, painful condition for which I would want to take an analgesic on a regular basis. In those people who do have a much higher risk of developing a stomach ulcer, non-steroidal anti-inflammatory drugs (NSAIDs) reduce the amount of mucus our stomach produces to protect itself. It can also effect the production of neutralizing bicarbonates. When NSAIDs are prescribed for long-term use, another drug called Misoprostol is often prescribed to help lessen those negative effects.

Certain foods have been shown to increase severity of ulcers.

While it is true that the main factor in ulcers is the population Helicobacter pylori bacteria, a diet which increases production of stomach acid is going to have an effect as well. Think about your life before you had this ulcer, what kinds of foods would cause you to get heartburn? For me it’s sweet or greasy foods, but a lot of people have a hard time with spicy foods. If that is the case, it is recommended that you avoid foods like peppers and nutmeg. Another thing to consider is the amount of food you are eating, especially proteins, and how regularly you eat. Gorging yourself at the Chinese buffet is out of the question. Instead, have several small meals throughout the day.

These types of beverages help to erode the mucosal lining of your stomach, which is in place to protect the tissue from exposure to acid. This makes that lining more susceptible to Helicobacter pylori. If the bacteria has already made headway in digging into your stomach wall, alcohol and caffeine can irritate the tissue further. It is generally recommended that you avoid drinking alcohol, coffee, tea, and soda during the treatment and healing phase of dealing with ulcers. When you do decide to start partaking in these liquids again, do so only in small amounts after you have eaten. Drinking that kind of stuff with an empty stomach is just asking your ulcer for a repeat performance.

Best Ways to Get Rid of Ulcers with Natural Remedies

Cabbage and cayenne. This strange home remedy sounds like it might be more of a challenge than dealing with an ulcer. People have been prescribing cabbage as an effective ulcer treatment for centuries. Supposedly eating a lot of raw cabbage will help ulcers heal faster. The same is true for chili peppers, which were formerly thought to worsen ulcers because of their spiciness. Spicy cabbage salad, anyone? If you do go this route, we’d recommend cabbage from the local farmer’s market and some Cayenne Pepper from Amazon.

Stress relief. Stress doesn’t always cause ulcers, but those whose bodies respond to stress by producing more stomach acid will be more likely to spur on the growth of Helicobacter pylori bacteria, and therefore further damage the lining of your stomach. Mellow out and build some rest time into your days. Remember, no matter how busy you are, your health is more important. See if there are ways you can get rid of stress.

Bismuth and baking soda.Bismuth is a naturally occurring metal which can treat ulcers. It is the active ingredient in Pepto-Bismol (which you can get at Amazon). Another common home remedy for acid-caused gastrointestinal pain is a tablespoon of baking soda mixed with water. It tastes like hell and is high in sodium, but it will offer temporary relief.

Ulcers Can Kill You

Ulcers, if left untreated, can be life threatening. Ulcers very often cause some bleeding, but if the acid were to rupture a blood vessel, there is a possibility that you could have a sudden major blood loss event. If you don’t bleed to death, the acid, having burned through your stomach, could expose your abdominal cavity to all sorts of bacteria and food particles which can cause peritonitis, a severe inflammation of the abdominal organs. If the acid were to drip through your stomach onto some the organs in your abdomen, it could damage them dramatically, and in short order. Then, of course, there is cancer, which becomes more likely if you have a bacteria-caused peptic ulcer. If you think you have an ulcer, please go to the doctor!