So you bought a bunch of houseplants this spring because your green thumb had a hankering for fresh oregano and daily flower blooms. The soil, however, was infested with unwelcome guests that make the oregano taste like ash and the flower blooms remind you of a pox-ridden painting. You brought in fungus moths. Now, it’s war. Fungus gnats love moist soil full of nutrients. Hence, the soil you have your houseplants in. Luckily, they don’t bite…they’re just really irritating and rather disgusting. Don’t throw out that oregano just yet, though, we’ve got some great ways to get rid of fungus gnats.

Fungus gnats love houseplants because of the moist, rich soil ideal for breeding. Though they can also be found outside, they tend to make their home in indoor plants due to the consistently warm temperatures and reliable water sources. On the plus side, fungus gnats do not bite like some other species of gnat. However, that is of little consolation when the pesky fungus gnats invade your home, lay hundreds of eggs in your plants and then the larvae stunt your plants’ growth by feeding off their roots. Luckily, you don’t have to throw out the plant your children spent so much time choosing; instead, follow these easy steps to get rid of fungus gnats and enjoy your houseplants again.

What are fungus gnats?

Fungus gnats are miserable tiny flies who lay their eggs in potting soil and organic disease. They feast upon fungi (hence, y’know, fungus gnats), root hair, and grass clippings. They can spread from plant to plant and cause damage.

How to Identify Fungus Gnats 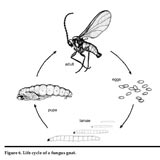 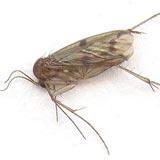 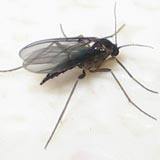 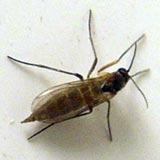 Luckily, fungus gnats kind of suck at flying. That means they’re not going to leave their breeding source far behind. On the soil, if you’re looking for larvae, look for tiny white or clear worms near the surface.

Insecticides such as Gnatrol WDG has Bacillus thuringiensis kill the larvae, and is environmentally safe. Your oregano will not be harmed.

Best Ways to Get Rid of Fungus Gnats from Houseplants 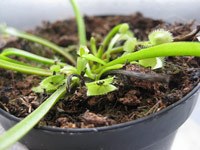 Look over the houseplants you have and find the plant that they’re coming from before they spread. Look for the larvae under the surface of the soil. If you’ve got adult fungus gnats hovering, they’ll not be far from their source. Find the plant, separate it, and double check your other plants. 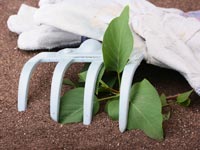 Removing excess moisture will help kill the larvae. They won’t be able to do well if you help dry out the soil, either by raking or by putting a half inch of sand on top (it dries out the soil quickly and smothers the larvae). Remove the standing water, which fungus gnats enjoy spawning in.

The reason the sticky tape is bright yellow is that the fungus gnat is attracted to it. When kept away from food/water, the gnats die out. You can also put some of the strips across the top of the soil, such as the Gnat Stix brand. If you want to go the Gnat Stix Route, Amazon sells them.

These sprays, such as Safer Yard and Garden Insect Killer or Schultz 1041 Houseplant & Garden Insect Spray, are good at killing adult fungus gnats. At the very least, they’ll repel them. Spraying chemicals can be a problem, but plant-based pyrethrins tend to be more environmentally friendly than other insecticides. Be sure, though, to review the label on the bottle to ensure that you’re using it correctly. You can find Safer Yard and Garden Insect Killer at Amazon.

Evolution has gifted the fungus gnat with resilience, so make sure they’re all dead and gone before you bring the plant back into the fold. You don’t want the gnats to come back, or worse, infect your other plants.

Cut some yellow construction paper (remember, these critters love yellow!) into squares. Cover one side with a thin bit of petroleum jelly to capture the gnats. A few drops of vegetable oil will attract the gnats, and the jelly will stop the oil from soaking into the paper.

Cinnamon repels gnats, so that should help them decide to go somewhere else to breed. Just sprinkle it on top of the soil.

They hate peppermint scent as much as they hate cinnamon. So, watering plants with some peppermint infused water will keep those gnats gone.

Remember fungus gnats love moisture. Over watering, obviously, adds a lot of moisture to the soil. So, set a schedule and stick to it. Note which plants don’t need as much water.

Decaying plant matter (like leaves) tend to feed fungus moths. Keeping the plant clean and the soil clean from the trimmings, will help prevent fungus gnats.

Quarantine plants for 7 to 10 days before bringing them into your home.

As mentioned above, the more care you put into the new plants (and watching them like a hawk), the less likely a plant will be a carrier. Keep an eye on them for larva in the soil to stop the growth of the adults.

Use only “pasteurized” or “sterile” potting mix.

Sterilized soil has had all the bacteria and organisms in it murdered. You can still steam or heat the soil to kill lingering bugs, but it’s not really necssary if you’ve not used it before. Keep your sterilized soil stored in tupperware or a sealed container to prevent contamination with the gnats.