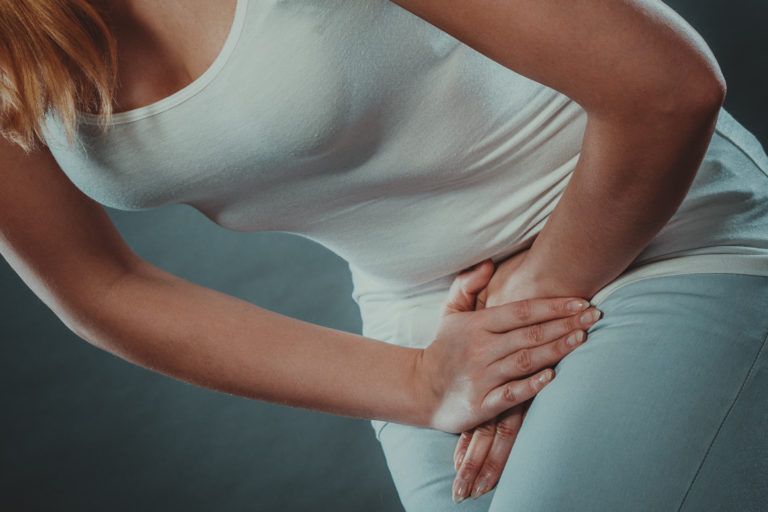 How unpleasant is vaginitis? Well, the word vaginitis literally means “inflammation of the vagina,” and everyone knows vaginas and flames don’t mix. Can I get an amen, ladies? Okay, so vaginal inflammation can take many forms, and none of them involve actual fire. But still, it definitely involves discomfort. If your vagina is itching, burning (metaphorically speaking), emitting a foul odor, or oozing unnatural discharge, you’re probably anxious to remedy the situation. Luckily, it’s almost as easy to get rid of vaginitis as it is to get.

In fact, the trickiest part of treating a vaginal flare-up can be correctly identifying which type of vaginitis is afflicting you. Several different conditions can cause extremely similar symptoms that are often experienced differently by different women, and treatments for the various forms of vaginitis are in no way interchangeable. Often, a doctor’s expert assistance is required to make a diagnosis, and in many cases, you’ll be glad you went to the doctor, since she’ll be able to write the prescription necessary for treating three of the five common causes of vaginitis. All five types (including two you may be able to treat easily at home) and their remedies are described here, along with tips for keeping your vagina healthy in the future.

Vaginitis often seems to spring out of nowhere, but you can reduce your risk of developing it by regularly cleaning the outside of your vagina (vulva) with gentle, unscented soap; never using vaginal douches; wiping from front to back in the bathroom; wearing breathable cotton underwear; avoiding baths and hot tubs; limiting your sexual partners; and using a condom during sex.

The five common forms of vaginitis share a list of possible symptoms that includes itching; pain that may be either constant or present only during sex or urination; unusual vaginal odor; and changes in the color, consistency, or amount of discharge from the vagina. However, these symptoms may be present in any combination or, as is often the case with bacterial vaginosis, not at all. More distinctive symptoms are discussed, but diagnosis is usually best undertaken by a medical professional.

Bacterial vaginosis is the most common of all vaginal infections. It results when the normal balance of bacteria in the vagina shifts so that “bad” anaerobic bacteria outnumber “good” aerobic lactobacillus, and often does not cause any symptoms. When a woman does show symptoms of BV, they usually include a fishy odor and thin gray or white vaginal discharge. Some women also report vaginal itching or burning during a bout of bacterial vaginosis, but this is less common. BV should be treated with antibiotics, usually metronidazole or clindamycin in the form of an oral tablet or a vaginal cream or gel. There is no over-the-counter medication for bacterial vaginosis.

About 75% of women have at least one yeast infection during their lives. Like bacterial vaginosis, yeast infections are caused by a disruption in the balance of vaginal microorganisms. In this case, it’s yeast cells that overgrow the healthy bacteria, resulting in infamously nasty symptoms that include intense itching, burning, and odorless lumpy white discharge that’s usually described as cottage cheese-like. Yeast is a type of fungus, so yeast infections are treated with antifungal medications like miconazole (Vagistat-3, sold at Amazon), clotrimazole (Gyne-Lotrimin), and tioconozole (Vagistat-1). These are available over the counter as vaginal creams or capsules, or your doctor can prescribe an oral antifungal tablet such as fluconazole (Diflucan).

Trichomoniasis is a common sexually transmitted infection caused by a single-celled parasite called Trichomonas vaginalis. Men can be infected with trich, but they usually don’t show any symptoms. Women with trichomoniasis, on the other hand, are usually confronted with smelly, frothy, greenish-yellow vaginal discharge and sometimes—as if the discharge weren’t bad enough—vaginal itching and pain as well. Trich must be treated by a doctor, who can provide a dose of an oral antiparasitic drug like tinidazole or metronidazole. If you were infected with trichomoniasis by a regular male sexual partner, he should be treated too, even if he has no symptoms, so that he can’t reinfect you.

Atrophic vaginitis usually affects women after menopause, when lowered levels of estrogen in the body cause vaginal tissues to become thinner, drier, and more sensitive. The most common symptoms of atrophic vaginitis are a reduction in the amount of vaginal discharge, itching, and soreness. It sometimes causes pain during sex, and vaginal intercourse may even damage the vaginal wall, resulting in light bleeding. Atrophic vaginitis can be treated with estrogen replacement therapy, in which estrogen-containing tablets, creams, or vaginal rings supply the deficient hormone and help restore the vagina to its previous, healthy condition.

The term “noninfectious vaginitis” technically describes atrophic vaginitis as well as itching, burning, or other irritation caused by a chemical irritant in the vaginal area, but in this section we’ll focus on the latter.Noninfectious vaginitis usually occurs in response to a douche, vaginal spray, spermicide, or a new soap, laundry detergent, or fabric softener. Sometimes the irritation is the result of an allergic reaction but not always. Treating noninfectious vaginitis is easy, as long as you can identify the chemical culprit and stop using it. By the way, if you use douches, you should stop. The vagina keeps itself clean, and douching is a major risk factor not only for noninfectious vaginitis, but also for bacterial vaginosis and yeast infections.

When to Consult a Doctor

With yeast infection medication so readily available on the pharmacy shelves, it’s tempting to self-diagnose when you sense something is awry with your vagina. However, most types of vaginitis can only be treated with a prescription, and vaginitis that is treated improperly or not at all can be uncomfortable and, in some cases, can lead to more serious problems down the line. Bacterial vaginosis and trichomoniasis both increase an infected woman’s risk of contracting sexually transmitted diseases, including HIV. In addition, when a pregnant woman is infected with BV or trich, her chance of giving birth to a premature or low birth weight baby is elevated. That’s why it’s important to see a doctor if this is the first time you’ve experienced these symptoms or if your symptoms seem to point to bacterial vaginosis, trichomoniasis, or atrophic vaginitis, all of which require a doctor’s attention.

An ice pack applied to the vulva won’t address any of the underlying causes of vaginitis, but it can be used to numb the area and alleviate the itching, burning, aching symptoms a bit while you wait for your treatment to work.

Garlic is naturally antibacterial and antifungal, and some people claim that this makes it effective against bacterial vaginosis and yeast infections. You can try eating garlic raw, adding it to your food, taking a garlic supplement (like these sold at Amazon), or wrapping a clove of it in a piece of thin cloth and inserting it into the vagina. This last option should only be used with extreme caution to avoid the possibility of burns.

Yogurt is a popular remedy for both yeast infections and bacterial vaginosis, since it contains lactobacillus, the same type of bacteria that is suppressed by an overgrowth of yeast or anaerobic bacteria during these two infections. Recent research suggests that since the lactobacillus in yogurt is not identical to the lactobacillus in the vagina, this may be a useless treatment. If you’d still like to try yogurt as a vaginitis remedy, either increase your dietary yogurt intake or try applying plain, unsweetened yogurt directly to the labia and vagina.