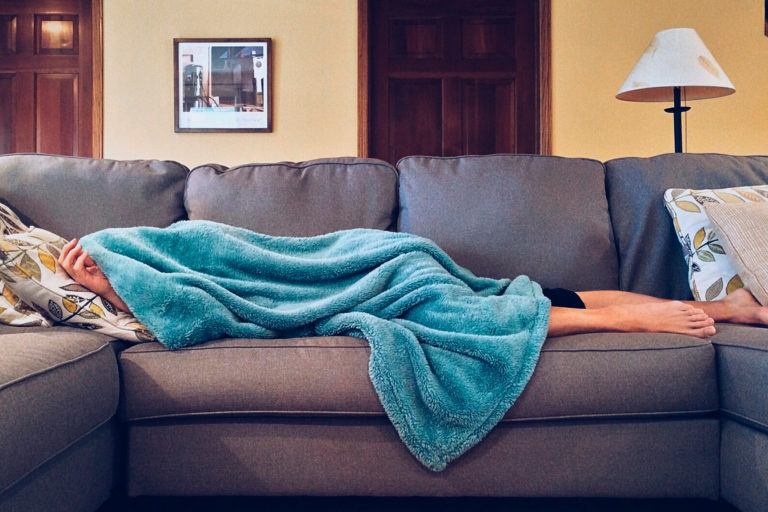 For a lot of people, getting rid of the flu, or influenza, doesn’t seem possible. Technically, they’re right, it isn’t possible to get rid of the flu. Treating the flu is more about taking care of your body while you lay there, gasping for breath and wishing you had enough energy to pull the trigger. Now, the flu known as influenza should not be confused with the stomach flu, or gastroenteritis, an infection of the intestines that causes vomiting and diarrhea. Influenza is a respiratory illness that can be life threatening to small children, the elderly, smokers, and people with chronic respiratory ailments.

Every year hundreds of thousands of people around the world die of influenza, sometimes even millions if it’s a flu epidemic/pandemic. As it’s attacking the respiratory system, influenza causes flu symptoms like fevers, sore throats, coughing, muscle pains, headaches and fatigue. Because the influenza virus mutates so readily, finding a cure is near impossible. So, medical professionals try to focus on prevention of the flu and treatment of the flu symptoms.

Getting a flu shot before the flu season begins is always a good idea.

Sure, the day or two after I get the shot I feel some of the symptoms, but I’d rather feel light-headed for a day than feel like human waste for a week. The beginning of October is a good time to ask your doctor about the availability of flu shots. People who should get the flu shot are people who work in public education, health, or transportation, where contact with a large number of people is unavoidable. While the vaccine may not be 100% effective, protecting you from even one or two strains is a good idea.

Staying away from large crowds and populated areas during the flu season is a good idea.

If you don’t have the flu already, it’s a good idea to keep a good distance between you and the people who might have it, making sure to practice good hygiene if you must go out in public. Don’t touch your eyes, nose, or mouth until you have washed your hands. If you have the flu already, then save people the pain of experiencing the flu symptoms you are: call in sick. You deserve it.

Manage your stress to avoid the flu.

One study after another confirms that the efficiency of your immune system is dependent on the way you manage your stress. If you’re stressing out, you get fatigued, you get depressed, and for whatever reason your immune system gets depressed as well. Get some exercise. Go for a run. Don’t worry you can’t catch a cold from the cold. That’s a myth. But bundle up; lowering your body temperature doesn’t help your immune system.

The CDC recommends that you begin taking antiviral flu medication no more than 2 days after coming down with the flu. The antiviral medication should be taken for 4-5 consecutive days, and if used properly should relieve your symptoms 1-2 days sooner than someone who does not take flu medication.

Drink a lot of fluids to fight the flu.

Without fail, when you are sick, you must drink plenty of fluids. Fluids don’t necessarily help fight the flu, they keep you hydrated in a situation where dehydration could become a serious complication. And don’t drink just any fluids; drink fluids that have electrolytes like sodium, potassium, or chloride. Gatorade and other sports drinks are the fluids most recommended by doctors, and those are basically Pedialyte with manly names. But they’ll definitely help with the symptoms and the recovery.

The Flu Shot and Tylenol

Because my father is a doctor, around October people start asking me about flu shots. Are they worth it? Yes, they’re worth it. They contain dead virus proteins that your body will attack (that’s the weird feeling you get the next day) and then build an immunity to. What about the virus nose spray? Those are good too, except those use some virus material that is still alive (Live Attenuated Influenza Vaccine – LAIV), but the virus is weak enough for your body to kill and then build an immunity against. Note that the LAIV flu spray is only recommended for people between the ages of 5 and 49. Spare yourself the pain of getting knocked on your ass for a week and get that shot. Don’t be a baby about it!

Whatever you do, don’t take Aspirin when you have the flu. Giving your children Aspirin when they have the flu can cause something called Reye syndrome, an illness that causes pressure to build in the brain—eventually killing the sufferer. It’s bad stuff. So, instead, give you or your children Tylenol to help manage flu symptoms like headaches, fevers and muscle pain. Tylenol is different because its main ingredient is acetaminophen, a non-aspirin pain relief drug.

Black Elderberry Extract, also known as Sambucol, has received a lot of attention from the press lately. Some studies show that by working as a direct anti-viral agent almost 90% of the patients given Sambucol were cured of their flu symptoms within two to three days, according to The Journal of Alternative and Complementary Medicine. You can get black elderberry extract lozenges at Amazon.

Echinacea has been used as immune system stimulants for so long that they’re hardly worth mentioning. Echinacea can be found in pill, powder, and tea form. Some recommend taking Echinacea in high doses immediately after you start to feel flu symptoms, but it can be taken in lower doses over the course of the flu season to help prevent a flu infection as well.

Green Tea has been used for centuries in Asia and Pacific Islanders to prevent the flu. Studies done on Green Tea have shown that some of the chemical compounds present in the leaves provide stimulation to gamma-delta T-cells, those cells responsible for repairing lung and intestinal damage. This is of course a good thing if you want to fight a virus like the flu, which attacks the respiratory system. e suggest Tazo Green Ginger tea, sold here at Amazon.