For most of us in the United States, scorpions seem almost like a fictitious creature: they’re seen only in movies, inked onto skin, and occasionally at a pet store. For those who live in the warmer states, however, they are all too real. Scorpions can be found all across the semi-arid regions of the southern United States with the greatest diversity found in the states of Arizona and California. They tend to be most diverse in such hot, desert areas.  The lucky folks in those states share their land with about sixty different scorpion species. Many people associate scorpions only with deserts, but they can also be found in grasslands, forests, and up in the mountains. Scorpions, like spiders, ticks, and mites, are arachnids.

Most scorpions found in the U.S. are really not all that dangerous.  In fact, about 75% to 80% of all scorpion species are not considered dangerous at all.  That is unless you are very old, very young, or are allergic to them. Yes, if you get stung by one it’s gonna hurt like hell, and you’ll probably wish it hadn’t happened. But chances are . . . you’ll live. The scorpion sting is often compared to a bad wasp or hornet sting. Bark scorpions (see left) are the biggest threat. If the sting came from one of these guys, a quick hospital visit is in order. Believe it or not, having scorps around can be quite beneficial. This is due to their being quite predatory. Scorpions provide some good natural pest control. They love eating bugs, spiders, and even other scorpions. So you see, in general, it’s really not too terrible having scorpions around . . . if you can stand the creepy little jerks. If you can’t, hey, I understand. I worked side by side with ’em in a pet store for several years and never got used to them. Hence this article. In it you’ll not only find ways to keep them away from you and your home, but also how, if you’ve gotta do it, to kill the crap out of ’em. 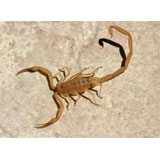 The Bark Scorpion is the most common scorpion in the USA. 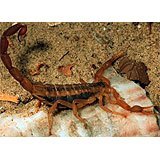 Striped Scorpions love hanging out in woodpiles and around foundations. 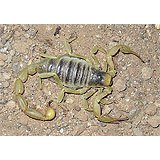 The largest scorpion in the United States

Clean up your yard.

You will be able to save yourself a lot of grief simply by removing anything outside that a scorpion might find as a suitable place to relax. Start by clearing any and all brush piles and wood piles.  Scorpions can find all kinds of great little nooks and crannies in the typical brush pile, and you will barely even know they are there until they start to come inside looking for water.

Next move onto your landscaping (sorry). If there are any wood chips or bark pieces of any sort, get them gone. That stuff is easy to burrow under. So is loose soil. You will want to look for and remove anything that a scorpion might be able to get under, including logs, rocks, and even kids’ toys. Anything. Make your yard as inhospitable as possible, and keep your eye out for scorpions while you’re doing it.

A tidy yard is an uninviting yard to scorpions. 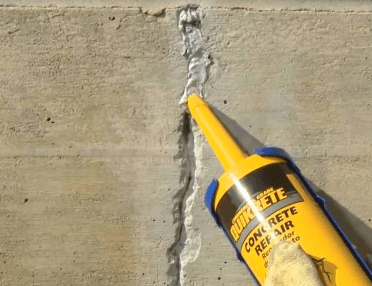 Find and fill all outside cracks and crevices.

Walk around your house very slowly and look for the tiniest little spaces. It doesn’t take much. Look for where wires and cables go in. Look around outdoor faucets. Check carefully around outlets. Door and window frames are key places to inspect. Find your dryer vent and make sure there are no crevices around it, and make sure the vent itself is well covered. Look at and around air conditioners and air conditioner ducts. Also, look for cracks in the foundation. Do all this with caulk or spray foam in hand. Apply liberally. If the crack looks too small, fill it anyway.

A good, all-purpose caulk we like is from Gorilla.  You can find it here on Amazon.

Do it all over again. Using an indoor caulk or sealant, start in the basement and work your way up. Check for the same holes, cracks, etc. Seal around all switches and fixtures. It’s important to get around ceiling fans, too. Scorpions climb like nobody’s business. Nothing is off limits to them. Do this for every level of the home, including the attic. It may help you to preserve your sanity a bit if you go into this operation expecting to see scorpions. Chances are you will run into some of them during this process. 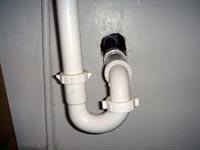 Make your home inhospitable for scorpions.

The three things that are most important for all life on earth are water, food, and shelter. There’s a good chance you are inadvertently supplying all of these for your scorpion friends. Start by cutting off the water supply. Fix any leaky faucets or water pipes. Leave pet dishes empty at night. Fix leaky roofs. Don’t allow any water to be accessible to scorpions.  Think about any areas in your house that normally feel or smell damp — these are probably areas that get enough moisture to keep a scorpion happy once indoors.

Now on to the food. Scorpions eat bugs. Especially, but not limited to, crickets, ants, and cockroaches. Concentrate on getting rid of them first and then move onto whatever else might be lurking about. Finally, shelter. Pick the place up. Don’t leave dirty laundry laying around, especially wet towels. Pick up papers, magazines, and anything else you can find on the floor and other flat surfaces. Don’t supply them with hiding places.

It is quite common for folks with a scorpion problem to pick up an assassin kitty. Cats are amazing predators. Some people disagree with this method as the cat can get stung by a scorpion. It will hurt the cat, but in most cases (of course not all) kitty will be fine. Keep in mind that not all cats make good hunters. Some cats are lazy, and there’s nothing to be done about it.  But the right cat will not only control your scorpion population, they do wonders on mice too.

Another consideration is chickens. Chickens eat anything. They will scour the yard eating bugs that would otherwise be left for the scorpions. If there are no bugs, there’s no reason for the scorpion to be there. Chickens will also usually eat scorpions if they run across them.  More and more cities allow chickens nowadays, so it is worth checking on if your scorpion issue is a bad one.

If you’re not too keen on the idea of squishing a scorp under your boot, there are other methods. There are oodles of commercial pest control substances that work for killing scorpions. But I would first pick up a handheld ultraviolet light. Interestingly, scorpions have a fluorescent substance in their cuticle that makes them glow when you hit them with a black light. Not only is it cool as hell, but it makes it easier to find them and to figure out where the trouble spots are. Below are a few suggestions for some scorpion-killing products.

Diatomaceous earth is powder made of fossilized aquatic diatoms.

It is abrasive due to the fact that diatoms generally have sharp spines. It is an effective desiccant for this very reason. It cuts small critters as they wander through it causing them to become dehydrated and die.

Boric acid is a weak acid that is in powder form.

It is used for dusting hard-to-reach areas, cracks, and crevices. It adheres to the many disgusting body parts, most notably the legs, of scorpions and is a very effective natural insecticide. You can get Boric Acid powder from Amazon. 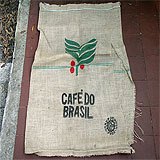 Damp burlap bags work well for luring scorpions out of their hiding places.

Simply dampen the bag and place it in the middle of the floor before going to bed at night. Scorpions are lured to at because of the moistness and because it seems to them a good place to hide. In the morning, squish them at your leisure.

Glue boards are a very simple and effective way to get rid of unwanted pests.

Since scorpions have a habit of following walls when they walk, pick several corners in which to place these traps. Make sure to put them in closets as they are good places to hide during the day. You can get a 75 pack of glue traps from Amazon.

FAQ: Are scorpions venomous when they bite?

The question of if scorpions bite, and if those bites are venomous or lethal, are really different questions, but common ones.

About 25% of scorpion bites are venomous.  Of the ones living here in North America, the Arizona Bark Scorpion is the most venomous, and its sting can cause pain, numbness, and tingling for a good 48 hours or more.  Not fun if you encounter one in close quarters.  Its venom is usually not deadly, but can be for certain people if the perfect storm occurs.  Fatalities are rare.

Other deadly scorpions live in Asia and South America.